Quick guide to learn the secrets of playing rummy 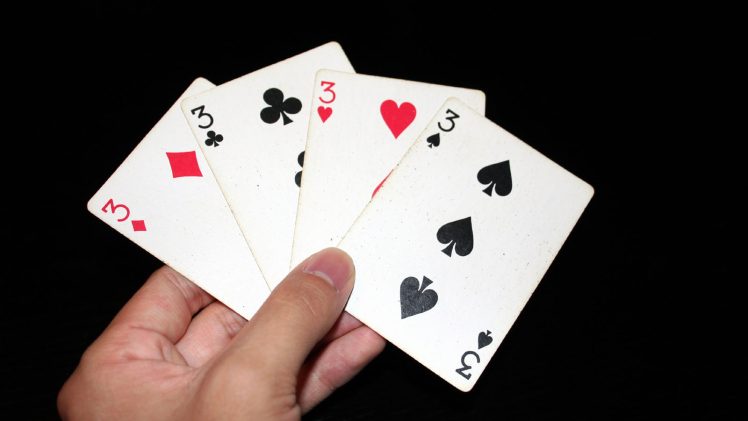 Rummy is one of the most popular card games that is recognised all around the world. Learning rummy is not rocket science. You can learn it within a few minutes and play once you get the hang of it. Playing rummy is exciting and an excellent way to spend your leisure. Even if it’s an easy game, it still involves specific skills that the players must-have. To play rummy, you can opt for any online gaming platform. You can also get a chance to win awards while playing rummy online. Rummy is a great game that you should try once in your lifetime.

If you are new to the games or want to play these games but don’t know anything about the rules, don’t worry. This quick rummy guide will teach you the rules that will help you play rummy online or with your friends.

Rummy can be played with 2 to 6 players with a single 52-cards deck. Furthermore, the value of aces is low in rummy.

In a two-player game, the players take turns dealing the cards. In a game with more than two players, the deal rotates clockwise. However, the first dealer will be chosen randomly. Furthermore, the number of cards to be dealt also depends on the number of players.

The dealer deals the cards one by one, and then he places the remaining cards in the middle of the game while keeping the top cards facing up. Once the dealer deals with all the cards, the players are allowed to sort their cards.

The objective of The Game

Players can get rid of the cards in three different ways, they are

To meld, the players select multiple cards with a specific sequence from their deck and keep them on the table facing upward. These sequences are Run and Sets.

To lay off, the players add cards to their existing decks. To a set of 9 of a club, 9 of heart, and 9 of diamond, the player is allowed to add the card, 9 of a spade.

In discard, the player pulls out a card from the deck they are holding and puts it facing up with the remaining cards. And other players will follow the same suit to signal the end of each turn.

Once a player has gotten rid of all of his cards, the cards of the other players will be totaled up. And the game will follow the same suit until a player goes over the targeted score that has been determined before the starting of the game. Then the score will be again totaled, and the player with the lowest score will be the winner. Previous Story:
How can you Play rummy safely? Next Story:
Online slots are a good choice for people who like to have fun