Suffering And Trauma Evaluated With Comparison To Those Around You Is Unhelpful.

Older American adults may remember a famous Hollywood movie in which male characters rated female characters for beauty on a scale from one to ten. Rating others for beauty, of course, is highly subjective. It turns out the people are not much better at rating themselves for things like anxiety and depression. However, new studies say that most of us rate our own mental health based on how we perceive others around us to be doing, and our self-perception based on comparison is often skewed. It is not really easy to understand the suffering and trauma of others and not even on one’s own self. Thus, it is necessary to undergo psychosocial and trauma assessments for proper diagnosis.

A British study was conducted through the University of Warwick psychology department. Researchers there set up two experiments whereby they expected to learn how people viewed mental health issues like anxiety and depression in themselves and others. The study found that the vast majority of participants judged their own mental wellness only as it compared (favorably or not favorably) to the relative wellness of others rather than on the actual symptoms they experienced and the severity of those symptoms.

For example: people who themselves experience only slight or occasional symptoms of depression or anxiety but who perceive that most everyone around them is symptom-free may feel that they are more severely afflicted (depressed or anxious) than they truly are. On the other hand, the person who is interacting with a majority of people who live with serious mental health problems may consider themselves healthier than they are simply because they are not suffering as greatly as those around them.

It is obvious that perceptions are faulty. Judging ourselves and our own mental health by how we perceive ourselves in comparison to others turns out to be grossly inaccurate; even detrimental to our own mental health. Since it is most often the patient who seeks out medical help for perceived anxiety or depression, how well a person self-assesses becomes very important. Doctors cannot treat people who judge themselves to be doing better than most.

People who may truly benefit from treatment but who live among others who appear to suffer even more may never seek out professional help. Communities with inordinately high numbers of people living with anxiety or depression could be escaping diagnosis and treatment simply because they do not recognize their need for treatment. 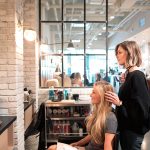 Next Story:
The Ultimate Guide to Finding the Right Hair Salon in the Market