Gambling can be a high-octane, thrill-ride. It’s an activity that can have more ups and downs than a roller coaster at Cedar Point, which is likely why people are drawn to it, the unpredictability of it all, one that can change your life. Everyone wants to gain a lot, and achieving this with very little is tremendously attractive.

So, it’s not surprising that if gambling can get crazy that you’ll find information associated with it that are a bit “off the wall”. I mean, you’re sitting in a large room with no windows and clocks, surrounded by a bunch of strangers who are on the same quest – trying to beat lady luck at her game and walk away rich.

However, today, most gamble on their phones through online casinos. So, things don’t get too wacky, as people are playing on their phones, and the drama is limited to the fact if they’ve won or not. Perhaps, the biggest challenge lays in which game to choose from the vast selection on offer.

Some online casinos have even come up with the so-called hybrid approach where they provide players with both casino and sportsbook services. Such is the case with NetBet. Not only can players enjoy the latest casino games at this site, but https://sport.netbet.com/in/ also allows them to bet on pretty much every sport that they can think of.

But, we’re here to tell you facts about their land-based counterparts that will leave you confused and wondering if you read the passage that you just did, correctly.

The Sandwich Was Invented in a Casino

The invention of this popular meal is credited to John Montagu, the fourth Earl of Sandwich, a British statesman from the 18th century. Lord Sandwich was a conversant gambler and he would refuse to leave gambling tables even after many hours of playing. So, he would demand his servants to bring him his meal between two slices of bread. Other players took a liking to the practice and began ordering the identical snack, proclaiming – “the same as Sandwich”. Thus, the sandwich was born.

Nevada Had a State Prison Casino

No matter how crazy this one might sound, it’s true. In 1931 gambling was legalized in Nevada and it led to an unprecedented move as the State Prison opened up an inmate-run gambling establishment, aptly named – The Bull Pen in 1932. This was a first and something that has yet to be replicated. What’s even more shocking is that the casino stayed open for 35 years, it was only closed when Warden Carl Hocker came to run the prison from California and brought with him a different set of beliefs. Reportedly, slot games were popular.

In the early 50s, the US Department of Energy started to test atomic bombs by detonating over a thousand in the Nevada desert, some 65 miles away from Sin City. These created mushroom clouds that would rise to over 1,000 feet and could be visible from the city strip. Being the entertainment capital, Vegas saw an opportunity and incorporated the atomic-theme as a major tourist draw. They even held a beauty pageant to crown a “Miss Atomic Energy”. 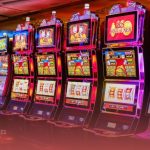 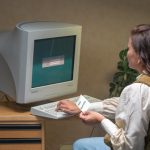