Why is diet such an important part of personal fitness?

It should be a national cause for concern that the country is among the top countries with the highest obesity prevalence. In recent years the prevalence has taken huge jumps which spell danger for the country. From the turn of the century, the prevalence has increased roughly 12 percent to the abnormally high 42 percent. This statistic was recorded in 2017 and the number is likely much higher now. Even the recent covid pandemic has made the situation worse. As the country was locked down people could not work out as the repercussions of contracting Covid were very severe especially before the vaccines were available. So, people were forced to eat whatever they had at home or could order, this meant that they could not follow their diet plans and most places that were open only had fast food available. Therefore, a lot of diets were affected during the Covid.

America has a lot of problems that have caused the rise in the number of obese and overweight people in the country. Chief among these reasons is the way the American diet is structured. We must introduce changes in the food we consume every day to ensure that the problem of obesity does not get worse, forcing us to bear the consequences of the problems arising along with the obesity numbers. If you ask a non-American to point out the most common American food the problem would be clear. The problem stems from the sheer amount of fast food that has become integrated into our daily diets. It is very common to forgo breakfast at home to get a burger later. The number of extra chemicals that are present in such foods either to enhance their appearance, taste, texture, or to preserve the food. These chemicals can be very dangerous for consumption especially in large quantities. Speaking of large quantities, it should be noted that in America the portion sizes offered by multinational restaurant chains are much larger than those offered in Europe or the UK. In some cases, the American small portions are comparable to the large servings offered in other countries. These servings are loaded with unhealthy fats and sodium. Some foods can fill the healthy daily sodium allowance single-handedly. High amounts of sodium in your diet can lead to heart problems which can prove to be fatal. Most people in America often work office jobs for the entire day and they do not have the time to have proper breakfasts and lunches, here the fast service of restaurants is a positive.

When thinking about diet it is common to ask why they are important. Most people find them to be disruptive since a person is effectively limiting themselves to what they can eat. In some cases, a person who is dieting might have to leave foods that they like a lot like desserts, pizza, etc. Some argue that dieting is excessive, and a person can achieve the same results with dedicated exercise. This can be true on paper, but the reality is very different. The amount of exercise required to counter a bad diet is very unrealistic. A simple chicken burrito, a very commonly consumed fast food, requires nearly two hours of running to fully negate the calories gained for eating one. When the number of calories gained from an entire day’s worth of fast food is considered the scales are tipped heavily in the favor of gained calories. If you want to ensure that the effort you are putting into your exercise is not wasted, you have to follow a proper diet. Many fitness centers can help you decide on a diet and adhere to it. Contact personal trainer austin to get proper guidance today. 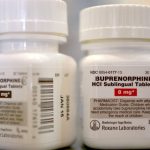 Previous Story:
Buprenorphine Is Not A One-Size-Fits-All Addiction Medicine 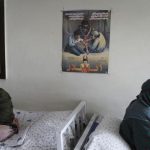 Next Story:
Why is the number of addicts increasing?