Why is the number of addicts increasing?

Addiction is a serious problem in this country. Addiction is growing quickly and becoming a favorite pastime for youngsters. The number of addicts in this country has already passed the 20 million mark and analysts argue that unless strong and concrete actions are not taken the whole country will be forced to face the damage that is possible due to them. Having a country with a very high addict population can increase the number of crimes that are committed in the country. Addicts are tied with some of the most unfortunate and violent crimes in the country. The reason so many addicts are involved in crime is due to the way drug addiction can affect the human mind. The addict loses their inhibitions as they involve themselves in their drug of choice continually. Therefore, an addict is much more likely to commit crimes after they became an addict when compared to themselves before the addiction. They become more willing to do tasks that they might have not considered before their addiction, especially when the task in question has a chance of getting the drugs. Addicts are also commonly part of cases of domestic violence because of their drugs and are often implicated in cases of DUI or drunk driving. These accidents often end up with heavy injuries to both the addict and other innocent drivers, sometimes deaths also occur with both innocent and addicts included. Once we understand the implications of having such a high addict population it becomes important that we tackle the question of why the number of addicts is increasing in the country.

One of the main reasons is the easy access to drugs. Despite the war on drugs waged by the American law agencies for several decades, the drug trade is still strong. Although airport security has gotten to the point where bringing and taking drugs is nigh impossible this has little impact however on the ground reality. Several groups are vying for control over an area’s drug supply. If one group goes to jail or breaks apart another group is there to take their position. Any illicit drug can be gotten through these groups although each specific group might focus its efforts on one drug. With enough connections, any kind of illegal drug can be acquired. On the topic of acquiring drugs, one of the easiest drugs to acquire is Alcohol. This is since it is legal and socially acceptable. This means that you can go to any pub, bar, restaurant, hotel, supermarket, or convenience store to get easy access to alcohol. This means that one can easily support their addiction. Prescription drugs are also in a similar position as a fake prescription can be easily acquired.

The recent covid lockdowns are also being said to be the main reason behind the increase in the number of addicts in the country. The amount of tension and pressure that was put on people by the virtue of being stuck in their homes drove many of them to try drugs as a coping mechanism.

Addiction to any drug is a serious business and it should be approached as such. Addiction can be stopped, and the addict can be helped. Rehab is the chance an addict has to improve on their current condition and at least return to themself before their addiction. Some people often use a rehab session as a pivot and turn their lives around so that they can be better people. So if you have a loved one that is suffering from addiction then you should not wait but instead should convince them to attend a rehab session. The best way of doing this is by staging an intervention. So visit drug rehab arizona to get more information about interventions and rehab sessions.

Previous Story:
Why is diet such an important part of personal fitness? 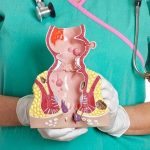 Next Story:
Treatment and Medication Options for Hemorrhoids